April 8 2014 was the gala dinner of the Flight Operational Forum and the honorary award was given to General Olav F. Aamoth for long and faithful service for Norwegian aviation. After more than 60 years as an active pilot and avid enthusiast for the Norwegian military and civil aviation, he received the award. Assembly hailed him with a standing ovation. 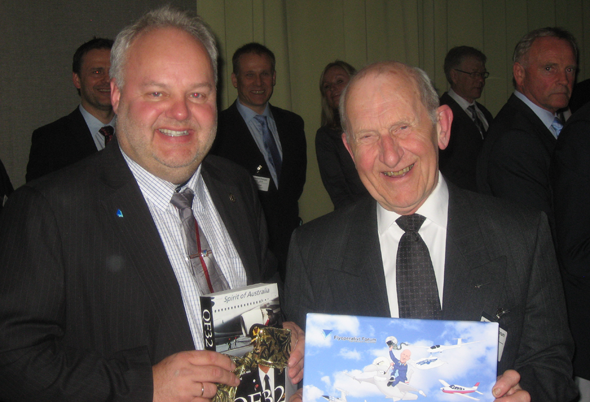 Winner of Operational Forums price in 2014 is 80 years old this year. He started his career flying model airplanes in the late 40’s, and gliders from 1951 and he was right from the start both an avid athlete and organizational leader. He started his career in the Air Force in 1953, was trained fighter pilot, served in Bodø, Deputy Commander at 334, squadron leader with 331 squadron and he was Airside Safety Officer at Bodø Air Base. He has held several administrative positions in the military, Komluftnord and Inspector General of the Air Force. His career as pilot terminated when he was a general, flying the F-16. But his career or work for safe flight did not stop here. From 1990 to 1996 he was president of the Norwegian Aero Club, a post he held until he was appointed as the organization’s secretary general in 1996.

Among the many awards he has been awarded, the Defense Medal with laurel branch.

He gets this award from this forum for long and faithful service for his commitment to safety and cooperation in the Norwegian military and civil aviation. He is a genuinely interested pilot and seldom turn down an opportunity for a flight, which we in Bodø experienced when he as Inspector General of the Air Force came to fly the F-16! He has left a Very good reputation in Norwegian aviation. Flight Operational Forum’s award 2014, for long and faithful service in aviation, was awarded to General Olav F. Aamoth. 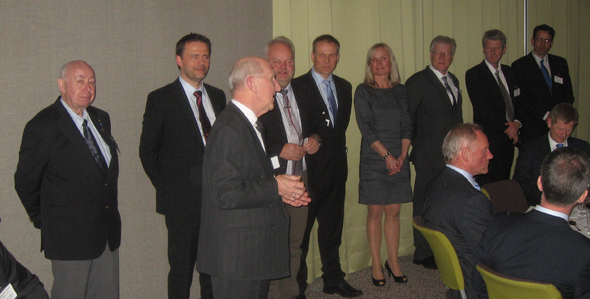 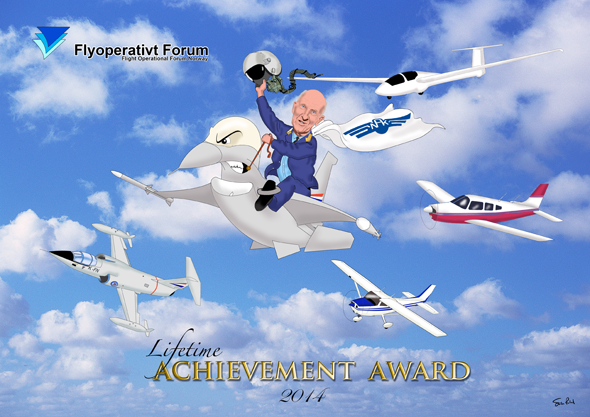